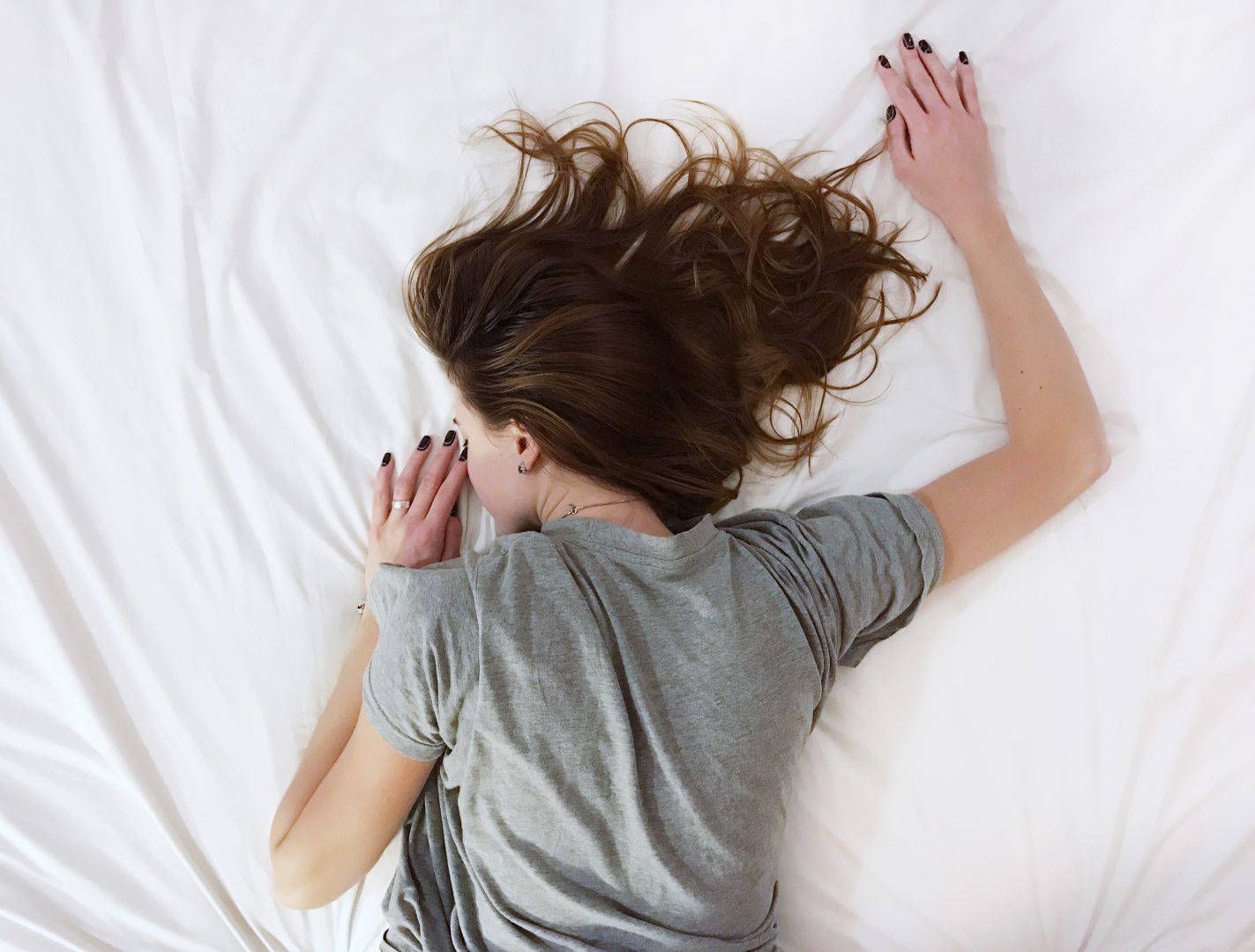 Are you an early bird or a late riser? If you’re like me, you probably tell yourself you’re going to wake up at “x” time in the morning, but find yourself hitting snooze until the sun comes up.

It can be tough trying to wake up early especially when you’re not used to it. But there’s an easy fix! All that you need is some incentive. So here are 10 awesome benefits that I think will encourage you to wake up earlier. Let’s hit it! 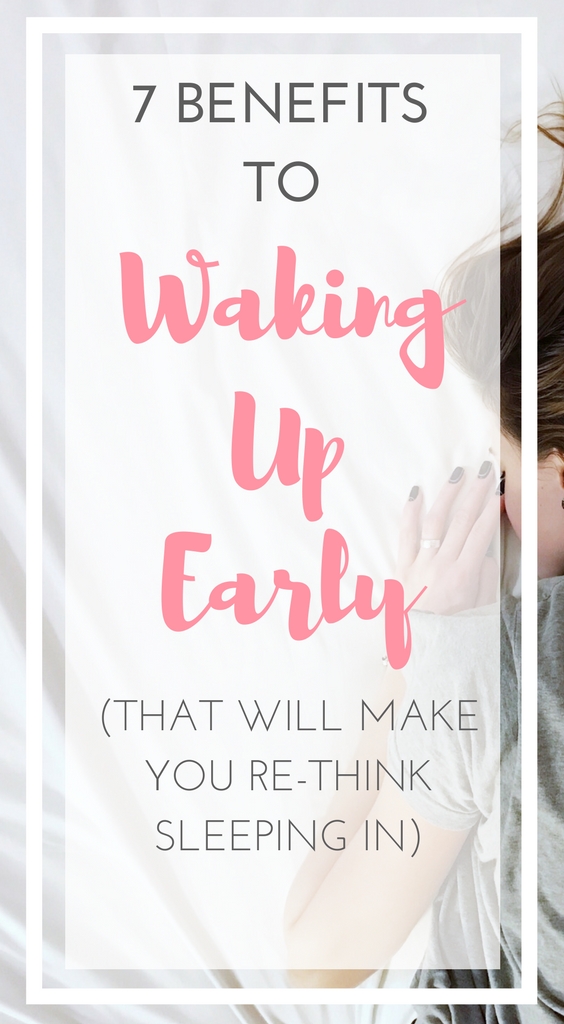 You’re Two Steps Ahead of Everyone

Have you ever felt like you’re always a step behind everyone else no matter what you do?

Waking up early in the morning while it’s  dark outside and the world is asleep, makes you feel like you have all this extra time to start on what you want.

It’s a serious confidence boost because you now have a head start on everyone and it can motivate you to get up and start the race early.

You Now Have More Time to Do Everything

So you know how sometimes it can feel like you just don’t have enough day for everything you want to accomplish?

Trust me, I know the feeling. And it can suck especially when you have a big project you’re working on or a long list of things that need to get done.

But, when you roll out of bed just a couple hours earlier, it gives you the chance to distribute that time according to your tasks and responsibilities for that day.

Think about it like this, it’s 8pm and suddenly the time turns back to 6pm, and you now have been gifted with two extra hours before the sun goes down. Wouldn’t those two hours make such a difference?

Sleep is Like Your Favorite Seasoning, Less is More

Okay, now I’m not saying, hey guys, you should definitely sleep less. Let’s add some beautiful bags to our eyes on Mondays by getting up at 4 am.

I’m saying, you should avoid sleeping too much. I mean, I love sleep like the next girl, don’t get me wrong.

But, I absolutely hate waking up feeling groggy. And 9 times out of 10, when you feel like you just can’t wake up all day, you may have had too much sleep.

Our bodies are programmed to be able to recover every day for a certain amount of time, and then, we’re ready to go.

This kind of puts you in a stinker because what you’re telling your body is, “something is wrong with me, so I need more time to repair and reboot” therefore your body pumps out more hormones to put you out and do just that.

Only it doesn’t know when you’re done “recovering” so when you wake up, those hormones are still circulating, leaving you groggy all day.

You’ll Feel Like You’re On Top of the World

Okay, so maybe this won’t happen right away, but let me tell you, eventually you will. You’ll wake up one morning before your alarm and be amazed at how well-rested and energized you’ll feel.

Look, everyone wants to be more productive right? Well, in order to be productive you have to feel awake. And waking up earlier gives you this weird boost of energy that makes tasks and projects throughout the day flow a little easier.

Now, honestly guys, there is this the initial “I just want to go back to bed” feeling when you start but trust me, all it takes is that one morning, and you’ll feel like a champ.

For some though, this feeling is tough to shake. So most turn to coffee, but coffee is LOADED with sugars and fats. It can be detrimental if you’re trying to be healthy, but also to your overall mood in the long run.

So if you need a little boost in the morning, there are plenty options out there that are low-calorie and almost sugar free! The drink that I normally use for an extra boost is Bang by VSX it has zero carbs, zero sugars, and zero fats. Now, I don’t know how they did it, but guys, this drink taste like a fruit soda (without all the bad stuff) and really kicks your butt into gear! I love it, and if you don’t want to try this drink, at least take a peek into your nearest Vitamin Shoppe, and pick something to try.

You Could Drop Some Pounds

What’s the one thing everyone likes to do, and can’t live without? Eating! Have you ever heard breakfast is the most important meal of the day?

Well, there is some truth to the statement, especially if you precede it with a heart-pumping workout. I won’t linger on this too long, but if you want to read more about how eating is crucial to your weight loss just read, 6 Secrets To Dieting that Professionals Won’t Tell You.

Anyway, basically, you’re using what you eat as fuel for the rest of the day. Your ideal goal is to try to burn off most of what you eat throughout the day.

So, when you wake up early you’re more apt to eat earlier which in turn means you have more time throughout the day  to burn off those yummy carbs and fats. This means, with the right diet and exercise, you can lose weight easier, and faster.

Now if that point doesn’t inspire you, I don’t know what will!

Your Kids Will Thank You

Ahhh, the age-old question that still lingers over every parent’s head: Why do my kids wake up so early?

Well folks, I don’t know. So I won’t  be able to answer that for you, but I will be able to inform you that waking up right before them, or with them will make the morning routine feel like ice-cream on pound cake.

Okay, maybe not that good, but who doesn’t like ice cream and cake? Regardless, it will feel easier when you’re already accustomed to the process and you’ve had time to get your “oo-sah” on before the day starts.

You’ll Feel Inspired to Do Something Positive Today

There are a lot of unhappy people in this world and sometimes, that unhappiness can stem from the smallest of things that cause bigger things to happen.
For instance, when you don’t get enough sleep, everything can feel a bit overwhelming. Our days can be really busy and having a lot to do, and no energy can become increasingly stressful.

No one wants to be particularly nice when they’re stressed, and it’s totally understandable. So what happens when you take away the stress that was caused by not enough, or too much sleep? You feel happier! And you’re more likely to smile more, help more, and believe it or not pray more.

[bctt tweet=”There are two things I need most in life: food and sleep.” via=”no”]

Alright, good people! I hope this post helped you re-think sleeping in and hopefully you found some information that will benefit your life in some way.

Anna is a multi-passionate writer and creator who enjoys uplifting and inspiring others to be who God called them to be. You can typically find her glued to her laptop screen creating new things, or on a long walk with her dog. She loves sharing the Gospel and believes that Christians should be the most creative because the creator lives in them (a quote stolen from her Husband).

God Doesn’t Call the Qualified He Qualifies the Called

To The Girl Struggling With Loneliness- You Are...

7 Encouraging Bible Verses for the Girl Who...

Trade Your Diet for Faith and Freedom with...

10 Things I Wish Someone Told Me When...

10 Ways to Recover From A Bad Breakup

5 Worship Playlists That Every Christian Girl Should...

I Tried Tailwind For A Year And Here’s...

Her Faith Inspired is dedicated to establishing community with, supporting, evangelizing, and developing women into leaders by providing God centered resources, programs, and opportunities created by women for women.

Give To Help Us Inspire More Women Like You!

To The Girl Struggling With Loneliness-...

Trade Your Diet for Faith and...

6 Ways You’re Sabotaging Your Own...

This website uses cookies to improve your experience. We'll assume you're ok with this, but you can opt-out if you wish. Accept Read More